We're Getting Mutants in the MCU - The Loop

This quick guide has the goal of quickly introducing fundamental aspects to modding No Man's Sky without going into many specifics. Primarily this focuses on accessing your game files and introducing some core tools involved with modding.

You will be using three tools for the time being:

These tools will help you unpacking, decompiling and editing the game files (as well as the opposite process). While NMS Modding Station will allow you to do the initial unpacking of all the game assets, in the future you will also be able to pack/unpack single files by using PSArcTool. For the scope of this tutorial, though, we will only use the other tools.

Edit 12/2018: You can now also use the "auto mod builder - updater - lua mod script definition all in one system" by Mjjstral, that automates every single step of NMS modding and comes with an easy to use new mod defintion file system.

No Man's Sky stores all of its assets, from textures to models, shader code to entity behaviors, in the PSARC archive format used in general for PlayStation games. All these archives can be found under No Man's Sky/GAMEDATA/PCBANKS/ and have the extension *.pak.

In order to extract assets from the archives, you may use the NMS Modding Station. NMS Modding Station is easy to use, simply download it, unzip the folder and extract the .exe and readme anywhere you like, and follow the instructions. However, you may also continue reading and this will guide you on how to use it.

Upon double-clicking the .exe it may initially appear dysfunctional, but this is because you first need go to Setup-> Settings and configure the paths to the PCBANKS folder and a folder for where you want to unpack its contents (i.e. the aforementioned .paks' content).

Different PAK files contain different files for the game. While some modders who wish to save disk space will simply unpack specific files, it is preferable to unpack all of the game's archives for now. Reserve at least up to 25 GB of space on your game install directory. As of the 2.41 Update, about 23.2 GB of space is used when everything is unpacked.

NOTE: remember to re-unpack all the game assets whenever Hello Games releases a new patch for No Man's Sky.

In order to begin unpacking, you first have to setup few directories from the Setup menu:

After you are done with these steps, simply select Unpack Game Files from the Setup dropdown menu in NMS Modding Station. The unpacking process usually takes anywhere between 15-25 minutes on a standard HDD.

After NMS Modding Station has finished unpacking, your unpacked directory should now show completely new folders and files where all the files of the game are organized.

The most common filetype you will see throughout these new folders are *.MBIN files. These are basically serialized XML files. These files contain the bulk of configurations the game reads such as controls for procedural generation, the behaviors of in-game objects, and so on.

Since MBIN files are encrypted, you will still need to decompile these files into a more human-readable form with the use of the MBINCompiler.

To decompile .MBINs you must drag them onto the MBINCompiler executable. Once done, you will get a completely human-readable EXML file that can be opened with any text editor of your choice. Dragging an EXML file back onto MBINCompiler does the reverse, and recompiles the EXML into an MBIN file. If any changes were made to the EXML file, it will also attempt to recompile it into an MBIN, and should the changes be valid, recompile without issue.

However, this also means that you may wish to copy MBINs you're looking to change into a /_backup folder in its directory, so that you can revert to the default and rework any changes you may have been experimenting with, without having to unpack the archives all over again.

NOTE: In case MBinCompiler doesn't support your MBIN you can also use hex editing to create a mod.

A good place to begin after this is to try adding existing objects to the build menu in the game. This is a relatively simple process that gives you a sense for how to mod the game, and helps to introduce you to the way the game files tend to be interconnected. 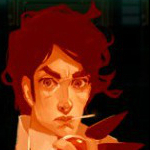